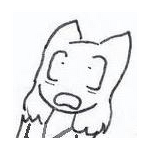 Hi there. Welcome to hell, also known as my profile. Enjoy your stay. If you get hungry while you're here, you can sell your soul to Satan for a cup of chocolate pudding. I did that a long time ago.

Here are some other places you can contact me. Know that I will only add you back if I know who you are. Keep that in mind while adding me. Please send a message saying who you are if the username isn't obvious enough.

Where are you from?

How old are you?

Kay then. What is your gender?

What if I refer to you with he/him or they/them pronouns?

Well alrighty then...I take it that you aren't single?

I think that you have a problem

God. Who beat you with the ugly stick?

I think you're a bad person

I know that this certain topic bothers you. I'm gonna bring it up!

Do you think Debbie is pretty? Hanzo Black is the son of Erron Black and Cassie Cage. Ashamed of her son, Cassie left Erron to tend to little Hanzo on his own. Hanzo was quite the spoiled child, being given tons of gifts and such by his father, who could afford to spend the money due to his incredible wealth. In his teenage years, Hanzo was sent to train with the leader of the Shirai Ryu and the man he was named after, Hanzo Hasashi. After years of hard training, Hanzo returned home to his father, who then taught him to fight using a pair of golden revolvers that Erron bought to celebrate Hanzo's return. After finishing all of his training, Hanzo got a job working at an apple orchard for a man named Bubba. Hanzo picks these apples with the help of Bubba's wife, Beth. The apples are sold in the Outworld Marketplace. Now, as an adult, Hanzo fights as a Kombatant in Mertel Koombet. Using the fighting styles of both Hasashi and Erron, Hanzo is a force to be reckoned with, especially if you destroy his barrel of apples.

Retrieved from "https://sketch-universe.fandom.com/wiki/User:Foxdini?oldid=15121"
Community content is available under CC-BY-SA unless otherwise noted.